[efstoggles class=”yourcustomclass”]
[efstoggle active=”” title=”Click here for today’s text”]48 The Jews answered him, “Are we not right in saying that you are a Samaritan and have a demon?” 49 Jesus answered, “I do not have a demon, but I honor my Father, and you dishonor me. 50 Yet I do not seek my own glory; there is One who seeks it, and he is the judge. 51 Truly, truly, I say to you, if anyone keeps my word, he will never see death.”52 The Jews said to him, “Now we know that you have a demon! Abraham died, as did the prophets, yet you say, ‘If anyone keeps my word, he will never taste death.’ 53 Are you greater than our father Abraham, who died? And the prophets died! Who do you make yourself out to be?” 54 Jesus answered, “If I glorify myself, my glory is nothing. It is my Father who glorifies me, of whom you say, ‘He is our God.’ 55 But you have not known him. I know him. If I were to say that I do not know him, I would be a liar like you, but I do know him and I keep his word. 56 Your father Abraham rejoiced that he would see my day.He saw it and was glad.” 57 So the Jews said to him, “You are not yet fifty years old, and have you seen Abraham?” 58 Jesus said to them, “Truly, truly, I say to you, before Abraham was, I am.” 59 So they picked up stones to throw at him, but Jesus hid himself and went out of the temple. (John 8:48-59)[/efstoggle]

As we close chapter eight of the Gospel of John, we find Jesus in somewhat of a heated conversation with this crowd of Jews. The tension began in verse twelve when Jesus claimed to be the light of the world. The Pharisees challenged this statement by saying that Jesus was bearing witness about himself. Jesus masterfully defends his authority by explaining that God the Father is his witness. He explained that they did not know God, because if the knew God, they would know him. Then he told them that unless they put their faith in him, they would die in their sins.

At this point, some believed in him and some continued to challenge him.

The Deity of Jesus

I think it’s helpful for us to understand who Jesus claimed to be. Often times we like to confine our view of Jesus to the Talladega Nights version. We only see him only as sweet, little baby Jesus. Maybe we only see him as the version depicted in so many paintings; a gentle and loving shepherd that’s kind to children and animals. You might even see him as the sacrificial Savior who died willingly on a cross. Jesus is and was all of these things, but he’s so much more!

Exodus 3:14: “God said to Moses, ‘I AM WHO I AM.’ And he said, ‘Say this to the people of Israel, “I AM has sent me to you.”‘” This crowd understood exactly who Jesus was claiming to be. Claiming to be Almighty God was a sin worthy of death. There was an entire crowd that witnessed this claim. So, in response, the crowd picked up stones and tried to execute capital punishment on him.

We have a couple of options after hearing this claim:

If you challenge Jesus, you will lose.

Do you want to challenge Jesus? If Jesus is who he claimed to be, you lose. This isn’t a fight you can win.

Some challenge Jesus by self-justification

You might be thinking to yourself, I don’t or wouldn’t challenge Jesus. In reality, you and I might be challenging Jesus in ways we’re not aware of. All throughout this gospel, Jesus outlines the criteria for salvation; for eternal life. He states that whoever believes in him will not perish but have eternal life (John 3:16). He said, “Unless you believe that I am he you will die in your sins.” The entire context of the New Testament is that we are justified freely by God’s grace through faith in Jesus alone. As Romans 3:24 states, we are justified by his grace as a gift, through the redemption that is in Christ Jesus. It’s a gift that you don’t deserve and can’t be earned. Yes, our changed lives and good works are products of our faith, but they in no way offer justification before God.

Here are a few ways people challenge Jesus through self-justification:

Back in John 8:39 the crowd challenged Jesus claiming ethnic justification. They answered him, “Abraham is our father.” They were claiming that they had an in with God through their ethnicity.

It’s interesting that even today, many religions and even offshoots of traditional Christianity try to make some kind of claim to being blood descendants of the Israelites. They think they have to have some level of Jewish blood in their pedigree in order to get God’s attention.

Listen to what Jesus said in John 8:39-40 to those claiming Ethnic justification, “If you were Abraham’s children, you would be doing the works Abraham did, but now you seek to kill me, a man who has told you the truth that I heard from God. This is not what Abraham did.”

So, what did Abraham do, what were the works of Abraham?

For what does the Scripture say? “Abraham believed God, and it was counted to him as righteousness.” (Romans 4:3)

The work of Abraham was to believe God. Jesus made it clear that if we don’t believe him, we don’t know or believe God.

All this time they thought that being the offspring of Abraham meant being blood descendant. Jesus said it doesn’t work that way. You aren’t Abraham’s children. It’s not a bloodline that makes you his children; it’s a faith line. If you challenge Jesus through ethnic justification, you lose.

You are probably not Jewish or even claim to be. You may be thinking that this doesn’t apply to me. I’m a pretty good Christian. I’ve never smoked or done drugs. I don’t drink or live a sexually immoral life. I’m a pretty decent person. Probably the most common way we challenge Jesus is through moral justification. We like to believe that we’re good people. We arrive at this conclusion by comparing ourselves to others. We see the sins of others and think to ourselves, I’m not as bad as that person, and therefore I must be good. We hope that if we do enough good things we and avoid the really bad stuff, we will tip the scale in our favor.

In John 8:41 Jesus said to them “You are doing the works your father did.” They said to him, “We were not born of sexual immorality.” See, they are justifying themselves by claiming righteousness. “We’re not a bunch of sexually immoral people.” That’s how we challenge Jesus, we try to justify ourselves the bad things we don’t do. But Jesus says we still do the works of the Devil. In other words, to phrase Romans 3:10, “None is righteous, no, not one”. We’re told in Romans 3:23 that we’ve all sinned and fall short of the glory of God.

Moral justification won’t work. Neither will religious justification. Look at John 8:41-42, “We have one Father—even God.” Jesus said to them, “If God were your Father, you would love me, for I came from God and I am here.” First it was ethnic justification, their connection to Abraham. Now they are justifying themselves by their connection to God, their religion. In John 8:34-35 Jesus answered them, “Truly, truly, I say to you, everyone who practices sin is a slave to sin.  The slave does not remain in the house forever; the son remains forever.” He’s saying, you are not a son, but a slave. To be a son you must be born again into the family.

Some challenge Jesus in blasphemous ways.

If we challenge Jesus on this we will lose. In John 8:24 Jesus said, “… for unless you believe that I am he you will die in your sins.”

What does it mean to keep his word? In John 8:31 Jesus said, “If you abide in my word, you are truly my disciples, and you will know the truth, and the truth will set you free.” We talked about this two weeks ago. We looked at what it means to abide in his word as a true disciple. A true disciple is someone who has made a conscious decision to follow Jesus. This is someone who believes Jesus is who he said his is and trusting him by faith for their forgiveness and eternal life. A true disciple is also someone who is being changed by Jesus.

A true disciple is also someone who is being changed by Jesus. It’s someone who is allowing the Spirit of Christ to transform his or her thinking and behavior. This is becoming like Jesus in the way we think and act, not by self-will, but by the work of Christ in us.

As we abide in the word of Christ, we discover the mission of Christ, which is to make disciples of Jesus. So we begin to engage people relationally and demonstrate the gospel in the context of everyday life.

So, those who keep their faith in Jesus, who continue to hope in Christ alone, will never taste death. What does he mean by saying, “never taste death”? Jesus is not saying that our physical bodies won’t die. Look what he said to Martha in when her brother Lazarus died: Jesus said to her, “I am the resurrection and the life. Whoever believes in me, though he die, yet shall he live, and everyone who lives and believes in me shall never die. Do you believe this?” (John 11:25-26)

Jesus is making a distinction between bodily death and spiritual death. That’s why it says in Romans 6:23,  “…the wages of sin is death, but the free gift of God is eternal life in Christ Jesus our Lord.”

Something to apply my life to: 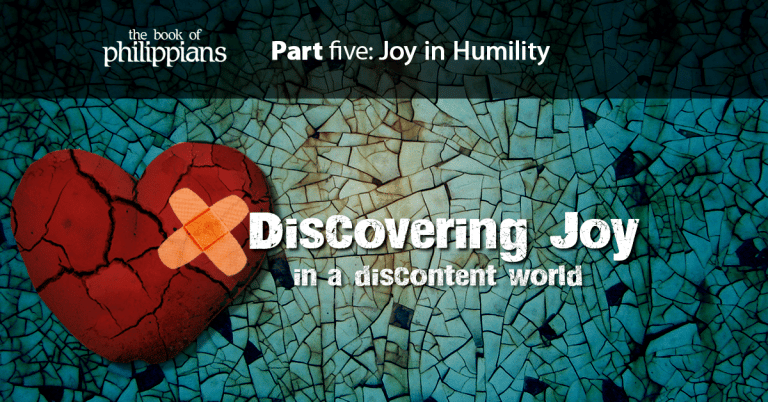 Jesus is the only one that can show us what true humility really is. Even the apostle Paul tells us to look to Jesus as our example of true humility….

6 After this Jesus went away to the other side of the Sea of Galilee, which is the Sea of Tiberias. 2 And a large crowd was following him, because they saw… 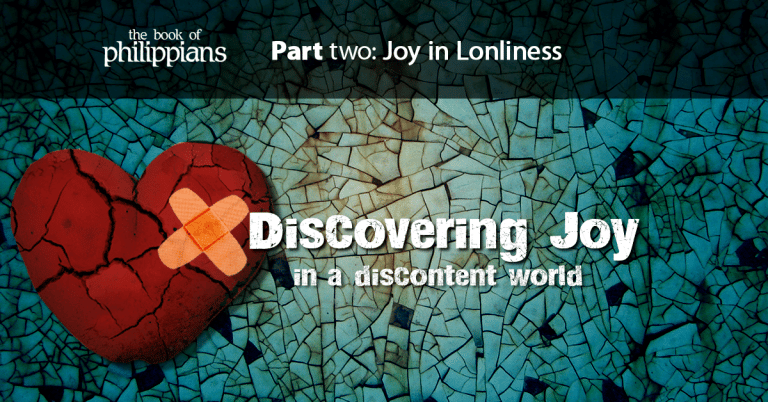 Loneliness kills according to a new study by Brigham Young University researchers who are sounding the alarm on what could be the next big public-health issue, on par with obesity…

1. Following Jesus begins with a realization that it is Christ, and Christ only, who takes away sin. John 1:35-37 35 The next day again John was standing with two of his disciples, 36 and he…