37 On the last day of the feast, the great day, Jesus stood up and cried out, “If anyone thirsts, let him come to me and drink. 38 Whoever believes in me, as the Scripture has said, ‘Out of his heart will flow rivers of living water.’” 39 Now this he said about the Spirit,whom those who believed in him were to receive, for as yet the Spirit had not been given,because Jesus was not yet glorified. (John 7:37-39)

Today’s text takes place during the Jewish Feast of Booths. This particular weeklong celebration commemorated wandering in the wilderness experienced by those who fled captivity in Egypt. In the days of the wilderness, the Hebrew people lived in tents or booths and don’t have any permanent dwellings. The Feast of Booths was the most celebratory of all the Jewish holidays. The people would build tents from all sorts of branches as instructed in Leviticus 23:40 and live in them for seven days. It would have been like a national campout and family reunion!

According to historians, there were daily rituals that accompanied this celebration. During one particular daily event the people would gather all kinds of branches and create a covering or booth for the alter that stood in the courtyard of the temple. With thousands of people gathered round the alter the priest would take a golden pitcher and go to the pool of Siloam and fill it with water. He would then return through what is called the water gate and pour the water onto the alter. The people would recite Isaiah 12:3 saying, “With joy you will draw water from the wells of salvation”.  This was done to remember how God poured water out of a rock to save people who were thirsting to death in the wilderness at Meribah.

On the last day of the feast, the great day, Jesus stood up and cried out, “If anyone thirsts, let him come to me and drink. (John 7:37)

Water is essential to survival; it’s a key element to life. Roughly 96 percent of the mass of the human body is made up of just four elements: oxygen, carbon, hydrogen and nitrogen, with the majority in the form of water. When we go with out water our bodies get thirsty. Our bodies were made to depend on water for life. Without water we die.

First of all, Jesus is obviously not talking about physical thirst. He is talking about spiritual thirst. Your bodies were made to live on water, but the most important thing you can know is that your soul was made to live on God. You are more than just a physical body. You are a body and a soul. You have a spirit within you and that spirit will die if it does not drink from the life sustaining water of God.

Secondly, the water that Jesus offers is free. There isn’t a price that you have to pay in order to come to him and drink. The only requirement is thirst. Anyone with a thirsty soul is invited to come and drink from the streams of eternal life. If you are aware of your spiritual thirst you are invited to drink freely.

Thirdly, when Jesus refers to thirst he is implying that what he offers will actually satisfy. In chapter John 4, Jesus explained to the woman at the well that if she were to drink from the water he could give her she would never thirst again. In John 6, Jesus explained that he was the bread of life and his bread is life giving, life sustaining and life preserving. Everything Jesus came to do was to provide food and drink for the human soul. For those of us who have consumed this food and drink, our great privilege is to set the table and invite hungry and thirsty souls to join us at the banquet.

Do you believe in Jesus?

Whoever believes in me, as the Scripture has said, ‘Out of his heart will flow rivers of living water.’” (John 7:38)

The question is not whether or not you believe about Jesus; it’s about believing in Jesus. In John 6:35 Jesus says: “I am the bread of life; whoever comes to me shall not hunger, and whoever believes in me shall never thirst.” This is kind of belief is not simply a decision to believe facts about Jesus. As stated in John 1:12, this kind of belief is also a receiving of Jesus. We believe in him and receive him as the only food and drink that can give and sustain life for our souls.

The river flows from within

He’s telling us that when we come to him and drink, we get so much more than a single drink, we get a well of living water that flows continually from with our souls. We get Jesus on the inside. He is the source of life and he comes to live with you. When you come to Jesus your soul will be quenched from the inside and you will never have to search for water again.

The Spirit of the glorified Savior

Now this he said about the Spirit, whom those who believed in him were to receive, for as yet the Spirit had not been given, because Jesus was not yet glorified. (John 7:39)

There was a fellowship with the Spirit of Christ that could not yet be experienced before Jesus was crucified for our sin, raised to life in victory over death and ascended to the right hand of the Father in glory.

At that time, Jesus dwelt on earth as the incarnate Deity, but now he dwells within us by his Spirit. Look what Jesus said in John 14:16–17:  “And I will ask the Father, and he will give you another Helper, to be with you forever, even the Spirit of truth, whom the world cannot receive, because it neither sees him nor knows him. You know him, for he dwells with you and will be in you.”

If you have believed in Jesus and received him by faith then he is inside of you. If you come to Christ and drink of him he comes to dwell within you and you belong to him. And even though Jesus is now at the right hand of the Father, we have the Spirit of the risen and glorified Christ living in us. This means Christ is in us! 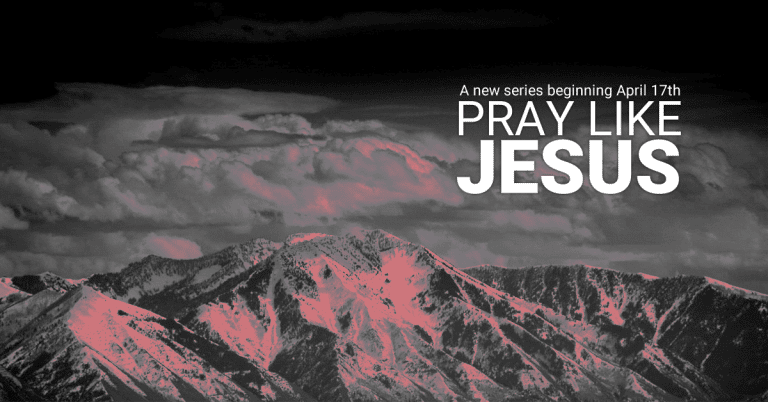 [efsnotification type=”” style=”” close=”false” ]Begins Sunday, April 17th at Utah Valley Church[/efsnotification] Let’s face it, most of us aren’t satisfied with our prayer life. From not knowing the words to… 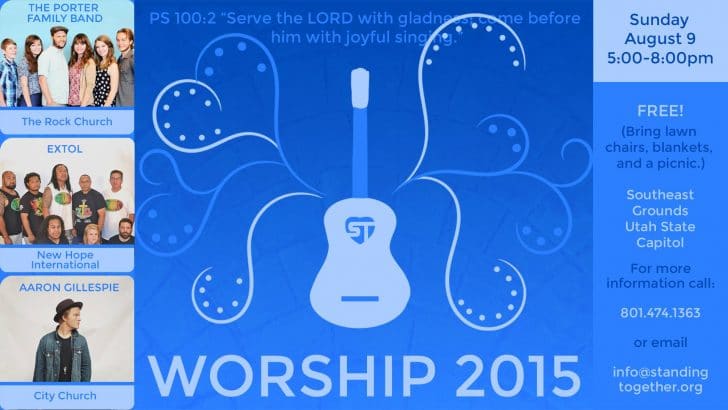 6 After this Jesus went away to the other side of the Sea of Galilee, which is the Sea of Tiberias. 2 And a large crowd was following him, because they saw…

9 And at once the man was healed, and he took up his bed and walked. Now that day was the Sabbath. 10 So the Jews said to the man who had been healed,…