31 He who comes from above is above all. He who is of the earth belongs to the earth and speaks in an earthly way. He who comes from heaven is above all. 32 He bears witness to what he has seen and heard, yet no one receives his testimony. 33 Whoever receives his testimony sets his seal to this, that God is true. 34 For he whom God has sent utters the words of God, for he gives the Spirit without measure. 35 The Father loves the Son and has given all things into his hand. 36 Whoever believes in the Son has eternal life; whoever does not obey the Son shall not see life, but the wrath of God remains on him (John 3:31-36).

The context for todays text is set to the words John the Baptist just finished saying about Jesus, “He must increase, but I must decrease” (John 3:30).  Johns focus is the exaltation of Christ. Jesus must be recognized as greater and I must me recognized as lesser. The honor, the glory, the power and the praise belong to Jesus. This is the context surrounding today’s text set by John the Baptist.

Jesus is from above we are not.

Verse 31: He who comes from above is above all. He who is of the earth belongs to the earth and speaks in an earthly way (John 6:31). Jesus is distinctly different from us in an infinite measure. He is from heaven, we are from the earth. Although He was completely human, He is also completely God. His origin is eternal and He has existed eternally. In fact, He existed before the beginning (John 1:1).  We, however, are from the earth. We are created beings yet Jesus created all things. For by him all things were created, in heaven and on earth, visible and invisible, whether thrones or dominions or rulers or authorities—all things were created through him and for him. Colossians 1:16; John 1:3;). We bear the nature of the sinful man, but Jesus is the radiance of the glory of God and the exact imprint of his nature, and he upholds the universe by the word of his power (Hebrews 1:3).

Jesus has preeminence over everything and everyone.

We all have some sphere of power or preeminence. We all have some level of authority over something, someone. The extent of my authority is a medium sized family and a small business. Some have a small level of authority, some have grand authority and others just think they do! Never the less, everyone’s authority has limitations and boundaries. But Jesus, His power is without limit.  He who comes from above is above all…He who comes from heaven is above all (John 3:31). Verse 34: The Father loves the Son and has given all things into his hand (John 3:34). He’s from above, from heaven, and is above and over all things. What does this mean? Is His authority and power limited?

What is the greatest boundary we can humanly conceive? The ocean?  The sky? The earth? How about the universe? According to Wikapedia, “The size of the Universe is unknown; it may be infinite. The region visible from Earth (the observable universe) is a sphere with a radius of about 46 billion light years, based on where the expansion of space has taken the most distant objects observed.” That’s massive and unconceivable, but, Jesus, according to Hebrews 1:3, upholds the universe by the word of his power. That’s limitless, unconfined preeminence over all!

Receiving or rejecting the preeminent Christ has eternal implications.

What will you do with Jesus? This is life’s most defining question. Will you believe in the Son? John is saying that when we embrace this testimony of Christ, you believe God. Verse: 33: Whoever receives his testimony sets his seal to this, that God is true (John 3:33). Will you receive His testimony that He is the preeminent, pre-existent, creator over all things? Or, will you relegate Him to something lesser; maybe even dismiss Him all together?

Fall for the Son who is above all!

Whoever believes in the Son has eternal life; whoever does not obey the Son shall not see life, but the wrath of God remains on him (John 3:36).  According to Jesus, “This is the work of God, that you believe in him whom he has sent” (John 6:29).

As Christmas approaches, let us consider this Christ whom we celebrate. He is the Word and the Word is God, yet according to Phillipians 2:6-8, though he was in the form of God, did not count equality with God a thing to be grasped,  but emptied himself, by taking the form of a servant, being born in the likeness of men.  And being found in human form, he humbled himself by becoming obedient to the point of death, even death on a cross. The one who is above all put himself beneath all and died a criminals death on a cross to save us all from the wrath of God which we all deserve.

1. Following Jesus begins with a realization that it is Christ, and Christ only, who takes away sin. John 1:35-37 35 The next day again John was standing with two of his disciples, 36 and he…

12 After this he went down to Capernaum, with his mother and his brothers and his disciples, and they stayed there for a few days. 13 The Passover of the Jews was at… 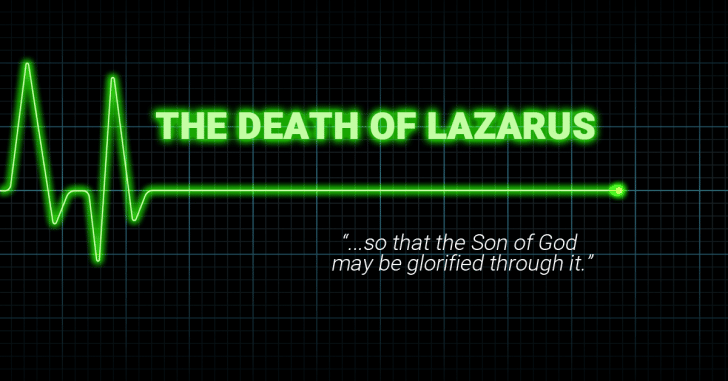 [reveal id=”lazarus” link=”Today’s Text” ]  1 Now a certain man was ill, Lazarus of Bethany, the village of Mary and her sister Martha. 2 It was Mary who anointed the Lord with…

43 After the two days he departed for Galilee. 44 (For Jesus himself had testified that a prophet has no honor in his own hometown.) 45 So when he came to Galilee, the…