16 “For God so loved the world, that he gave his only Son, that whoever believes in him should not perish but have eternal life. 17 For God did not send his Son into the world to condemn the world, but in order that the world might be saved through him. 18 Whoever believes in him is not condemned, but whoever does not believe is condemned already, because he has not believed in the name of the only Son of God. (John 3:16-18)

God has loved the entire world (all sinful and fallen humanity).

God is not an undirected cosmic force nor is He some sort of mindless spiritual power.  He is not distant or unconcerned about creation and humanity. God is a personal being who thinks and feels. “For God so loved the world…” (John 3:16). He is a relational being and has a desire to be in relationship with the people he created. We have gone astray. We have sinned against Him and fallen short. We have severed our relationship with Him. We have given God cause to judge us, hate us and condemn us. In all this, He loves us.

God gave His only Son to die for us.

God gave Jesus. Jesus is the gift. “For God so loved the world, that he gave his only Son…” (John 3:16).  The only Son is the gift. Who is this only Son? Jesus is not the Son because the father had sex with Mary and conceived a child. He didn’t. Matthew’s gospel tells the story of Jesus’s birth and earthly conception. Joseph was struggling with the fact that his bride to be had become pregnant. He though she was a virgin, but upon finding out she was pregnant, he thought she had been unfaithful and planned to break of the engagement by divorcing her. 20 But as he considered these things, behold, an angel of the Lord appeared to him in a dream, saying, “Joseph, son of David, do not fear to take Mary as your wife, for that which is conceived in her is from the Holy Spirit. 21 She will bear a son, and you shall call his name Jesus, for he will save his people from their sins.” 22 All this took place to fulfill what the Lord had spoken by the prophet: 23 “Behold, the virgin shall conceive and bear a son, and they shall call his name Immanuel” (which means, God with us). (Matthew 1:20-23)

Who is the Only Son? Speaking of Jesus,  John writes, “In the beginning was the Word, and the Word was with God, and the Word was God” (John 1:1). First of all,  The Only Son has always existed. He was in the beginning, therefore existing before all things. Secondly,  the only Son is a distinct personage of God as He was with God. Thirdly, the only Son is God. And the Word was God. God has existed eternally (without beginning or end) in one essence as three co-equal persons: Father, Son & Holy Spirit.  All things were made through him, and without him was not any thing made that was made (John 3:3). This is the Son who was given for us.

The Son was given in order to die for us. In John1:29, John the baptist said of Jesus, “Behold, the Lamb of God, who takes away the sin of the world!…”. Lambs were given as blood sacrifices. And with the shedding of blood there is no forgiveness for sin (Hebrews 9:22).  In John 10:17-18 Jesus said, 17 For this reason the Father loves me, because I lay down my life that I may take it up again. 18 No one takes it from me, but I lay it down of my own accord. I have authority to lay it down, and I have authority to take it up again. This charge I have received from my Father.”  The Father sent the Son do die as an atoning sacrifice in our place. That’s amazing love.  That’s an unfathomable gift.

Whoever receives this gift has eternal life.

“For God so loved the world, that he gave his only Son, that whoever believes in him should not perish but have eternal life. (John 3:16)

Question: Have your received the gift? You can believe about the gift and still not have received it. To believe in Him in this context means one must also receive Him. As stated in John 1:11-12, “11 He came to his own, and his own people did not receive him. 12 But to all who did receive him, who believed in his name, he gave the right to become children of God…“. So, to believe means we have also receive Him.  We receive Him for who He says He is.

We need Jesus. Verse 17: 17 For God did not send his Son into the world to condemn the world, but in order that the world might be saved through him (John 3:17).  We need saved!  Apart from believing and receiving Jesus we stand condemned. 18 Whoever believes in him is not condemned, but whoever does not believe is condemned already, because he has not believed in the name of the only Son of God (John 3:18).  Jesus didn’t come to condemn us because we were already condemned. The curse of sin was already upon us, we have no life and are destined to perish.  But whoever receives the gift will not perish but have eternal life!  It’s a a free gift! Have you received it?

9 And at once the man was healed, and he took up his bed and walked. Now that day was the Sabbath. 10 So the Jews said to the man who had been healed,… 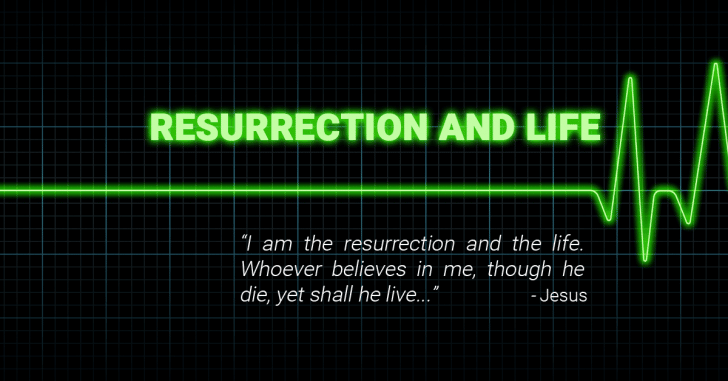 [efstoggles class=”yourcustomclass”] [efstoggle active=”” title=”Click here for today’s text”] 17 Now when Jesus came, he found that Lazarus had already been in the tomb four days.18 Bethany was near Jerusalem, about two…

1 Now there was a man of the Pharisees named Nicodemus, a ruler of the Jews. 2 This man came to Jesus by night and said to him, “Rabbi, we know…

6 There was a man sent from God, whose name was John. 7 He came as a witness, to bear witness about the light, that all might believe through him. 8 He was not the light, but came to… 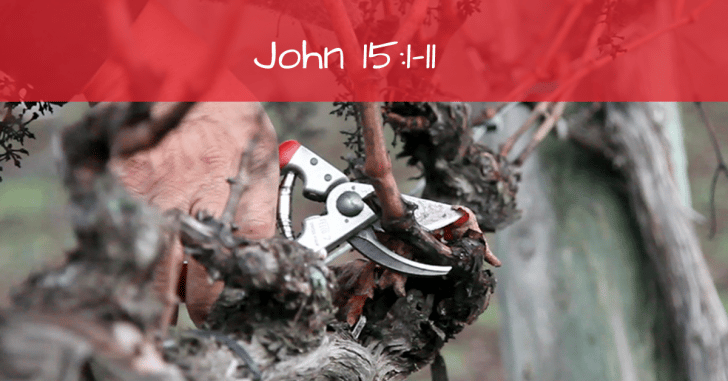 [efstoggles class=”yourcustomclass”] [efstoggle active=”” title=”Click here for today’s text”] “I am the true vine, and my Father is the vinedresser. 2 Every branch in me that does not bear fruit…